Press CMD+D to bookmark this page 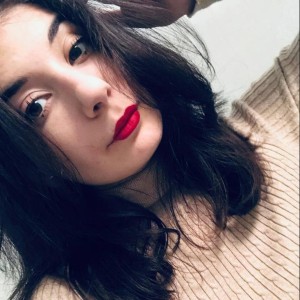 Top iPad apps every designer should have

How can all our content be completely free? Some of the tools listed on this page are affiliate partners with or sponsors of Desircle.co. If you click through and make a purchase, we may receive a commission at absolutely no extra cost to you. Thanks for supporting the work we do at Desircle.

Top iPad apps: it has been 11 years since Steve Jobs introduced the iPad during his famous epoch-making presentations.

As well as being a pivotal device for Apple, it was also one of the last major products Steve Jobs unveiled before his death in 2011.

During that presentation, Jobs said that there was room for a new category of devices between smartphones and laptops. From that moment on, the iPad has created its own wave of consumer interest that, unlike other products such as smartphones and PCs, has never quite caught up.

In fact, in common jargon, when people refer to this product, they talk about iPads and not tablets, so as not to confuse them with the flops of other companies.

The first iPad had a single-core Apple A4 processor, up to 64 GB of storage, 256 MB of RAM and 10-hour battery life, no camera, and weighing only 680 grams and 1.34 centimeters thick, Apple presented this iPad as thinner and lighter than any laptop or notebook on the market at the time.

This was the first revolution, the second came in 2015 with the announcement of the Apple Pencil compatible with the new fifth-generation iPads.

Presented at the time as the tool that “will change the habits and traditional writing systems we have known so far”, it was a game-changer for both Apple and its consumers.

Now the iPad (especially the iPad Pro) and the Apple Pencil have become the most economical replacements for professional graphics tablets, which at a fraction of the cost allow you to have powerful software, incredible precision, and versatility in all writing and drawing functions, as well as the features of ‘tablets’ such as access to almost all social networks (Instagram still does not have an application adapted to the iPad screen), Mail and all applications related to Apple productivity (such as Pages, Keynote, etc. …).

Recently, it has also become a very useful tool for logo and type designers, for example, or for all content creators who want to give their content an extra boost by sketching simple illustrations directly from the iPad without much difficulty.

That’s why we wanted to recommend three top iPad apps for a designer. All of these apps have an extra boost when used with the Apple Pencil (or any replacement for a pen) but also work without its support at a lower precision.

Procreate is a tool available from the App Store at a cost of €10.99, it is probably the best ever for freehand drawing: Apple chose it to show how the Apple Pencil works during the Keynote that saw the arrival of the iPad Pro. It certainly could not be missing from our list of top iPad apps for designers.

In addition to its precision and the multitude of functions already integrated in the application, it allows you to customize not only the canvas but also the brushes inside.

You can also add external brush sets or create your own brushes directly from the application. It works in layers, like Photoshop, so you can import color profiles, dynamically assign colors to any brush, add vector text to illustrations, tools to crop, resize a composition, visual guides for perspective, isometry, 2D and symmetry, and much more.

Another advantage of Procreate is that it is compatible with the various types of files in this world. As well as PNG, JPEG, and PDF, it can also be exported to Photoshop PSD and TIFF, allowing it to be saved not only on the iPad and shared via AirDrop but also via GoogleDrive and iCloud.

The interface is disarmingly simple, allowing any kind of neophyte to get to grips with this technology. It also allows you to create animations using layers, just like in Photoshop, and export them to MOV or GIF. One of the best applications on the market, which is also very suitable for creating logos or illustrations for all kinds of content.

The Affinity suite, by Serif Company, consists of Affinity Publisher (page layout), Affinity Photo (photo retouching), and Affinity Designer (vector illustration), of which the latter two are available as iPad applications (in the App Store both are now at a discount of €10.99, usually €21.90).

While Affinity Photo still has several limitations and Photoshop is certainly more complete (we’ll come back to this later), Affinity Designer is a real revolution for vector illustration (and not only) on the iPad.

Just like the desktop PC version, Affinity Designer for iPad is a professional graphic design app that offers all the features you need to create spectacular images, logos, icons, UI/UX, prints, typography, concept art, and more without limits.

One of the most interesting features of this application is the possibility to switch from Raster mode to Vector mode with ease, which is a real-time saver for those who use both.

Affinity Designer’s Raster mode comes with hundreds of brushes, which can be customized and optimized for anything from sketching concepts to adding texture layers, making it an excellent all-in-one for working from concept to completion, without switching between apps.

It includes a good range of typography options. You can import your own fonts, add text to paths, and fine-tune kerning and tracking. For more custom font work, you can convert fonts to outlines or add guidelines to create fonts from scratch.

Like Procreate it has several export formats (PNG, PDF, and JPEG) adding not only the ability to export layers individually but also to export to EPS.

When it comes to retouching photos, Adobe Photoshop is unparalleled, and the iPad version is no different. A must-have in this list of top iPad apps.

It can be downloaded for free from the App Store and also includes 100GB of space on Adobe’s cloud, but after the first month’s trial, it costs €10.99/month.

The full version contains all the tools and functions we have learned to love and handle with all the programs in the Adobe Desktop Suite. We have the possibility to work in layers, retouching and composition are very fluid from the application, it has a good range of brushes that allows you to make more precise changes and above all, it is one of the applications that have perfect integration with the Apple Pencil.

It allows you to export PSD files as well as PNG and JPEG files, of course. Through your Adobe account, it saves the files in the cloud without any conversion or extra steps. So if you have the Desktop version, you can resume working from your computer.

In conclusion, the iPad is increasingly becoming a great tool for illustrators and designers alike. Will it ever replace graphics tablets and computers? We shall see!

PrevPrevious8 Best Graphic Design Books Every Designer Should Read
NextLinkedIn: 3 Powerful Reasons Why You Have To Be There if You Are a Professional!Next

LinkedIn: 3 Powerful Reasons Why You Have To Be There if You Are a Professional!

Top iPad apps every designer should have

LinkedIn: 3 Powerful Reasons Why You Have To Be There if You Are a Professional!

How to find clients for a successful career in freelance design

Build your freelance career by entering your email below and join 345,087 freelance designers growing their career doing what they love.

Why choosing the right Email Marketing Automation Tool is important? According to recent surveys, 60%

What is marketing? In a hyper-connected or liquid society, to quote Bauman, marketing, especially after

Our goal is to revolutionize the design industry to become intersectional and accessible to all through a digital community-based approach.

Start elevating your career today by entering your email below.

How can all our content be completely free? Some of the tools listed on this page are affiliate partners with or sponsors of Desircle.co. If you click through and make a purchase, we may receive a commission at absolutely no extra cost to you. Thanks for supporting the work we do at Desircle.